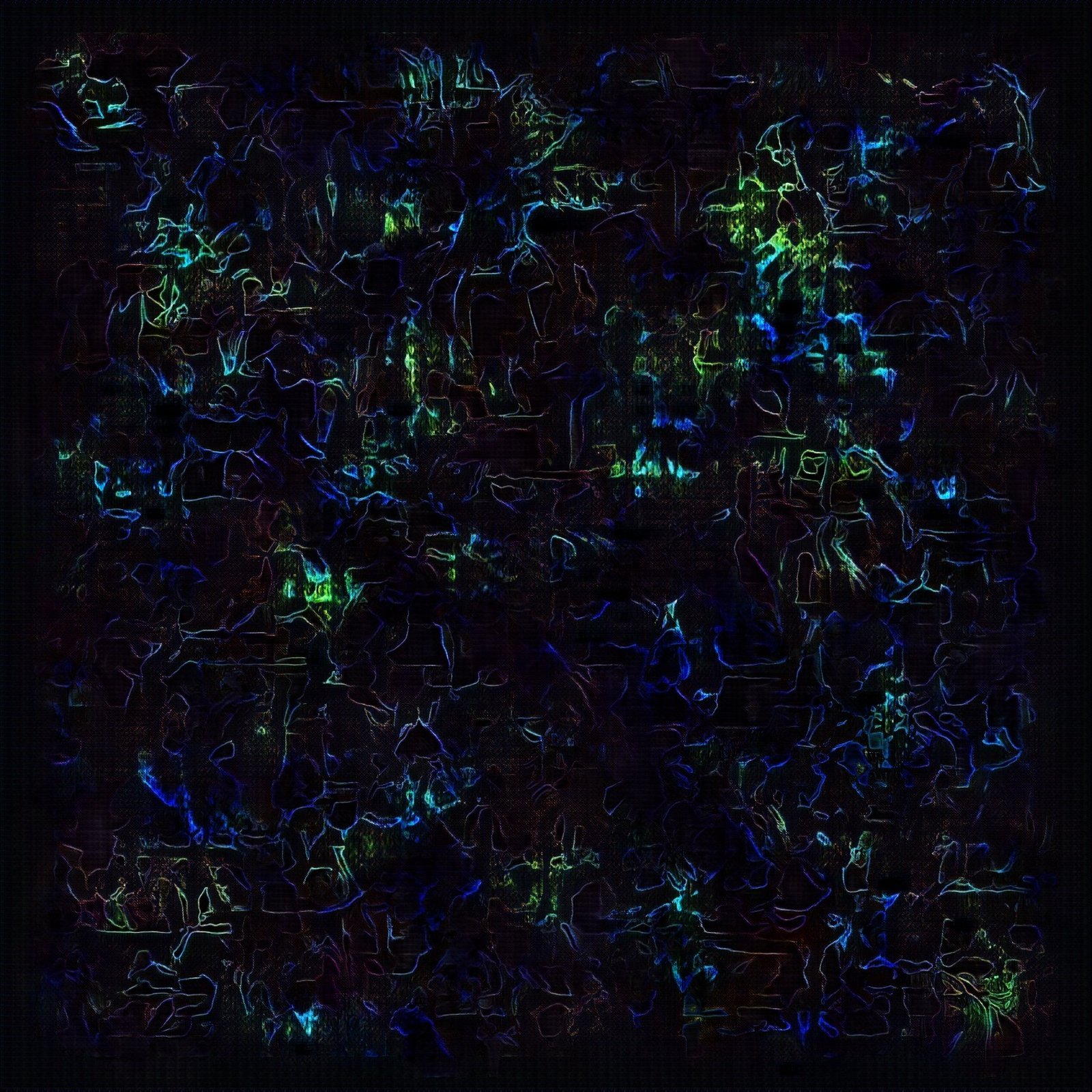 CREATING THE FUTURE OUT OF HISTORY
An exhibition of artificial intelligence art, augmented reality art and cryptocurrency / blockchain art.
The New Digital Art
Thanks to Robbie Barrat for Art-DCGAN and AI models of landscape, nude and portrait paintings.
Background art is Biophotonic Phosopene
Backlit unique physical version in show.

The AI / Digital Artwork by Bard Ionson in ARTificial – June 2019 Also appeared @ Rare Art Festival 2 in Brooklyn. It also contains an Augmented Reality layer from Artivive. Download the app to view it. Currently available as Digital Edition in the Blockchain at SuperRare and a physical signed version on canvas is available by contacting the artist.

Digital Photo of Oscilloscope Art on Walnut 5 x 9 in. with leather straps & tacks. Animated  oscilloscope with Artivive. This is not AI but frames of this work were used to train the models used for other work in the show.

What are our children learning as they navigate digital devices vs. when children used wooden tablets with narrow ideas presented with pictograms.

Representation of the Entity

Memories of Landscapes from a Digital Future

In this image I saw lots of people dancing in brightly lit night scene. It is made by combining a nude model of historical nude public domain paintings with the oscilloscope line drawings. Nude model trained by Robbie Barrat

Faces In The Cloud

A place between worlds, an imaginary place in the mind of a neural net where memories of portraits mingle in the cloud.

A story about a computer that watches for Russian attack in 1966, taps into universal consiousness &  generates symbols to communicate.  In the AR layer you can watch the model learn how to make oscilloscope images on the command center screen.

With Robbie’s portrait AI model and the artists Trump model it tells a story of poor leaders being refined away with the flames of sovereign history.

What is money and art and what makes it valuable? Generated using 20,000 image of coins and cryptocurrency logos. All art in the show has a digital twin that is traded online with cryptocurrency.